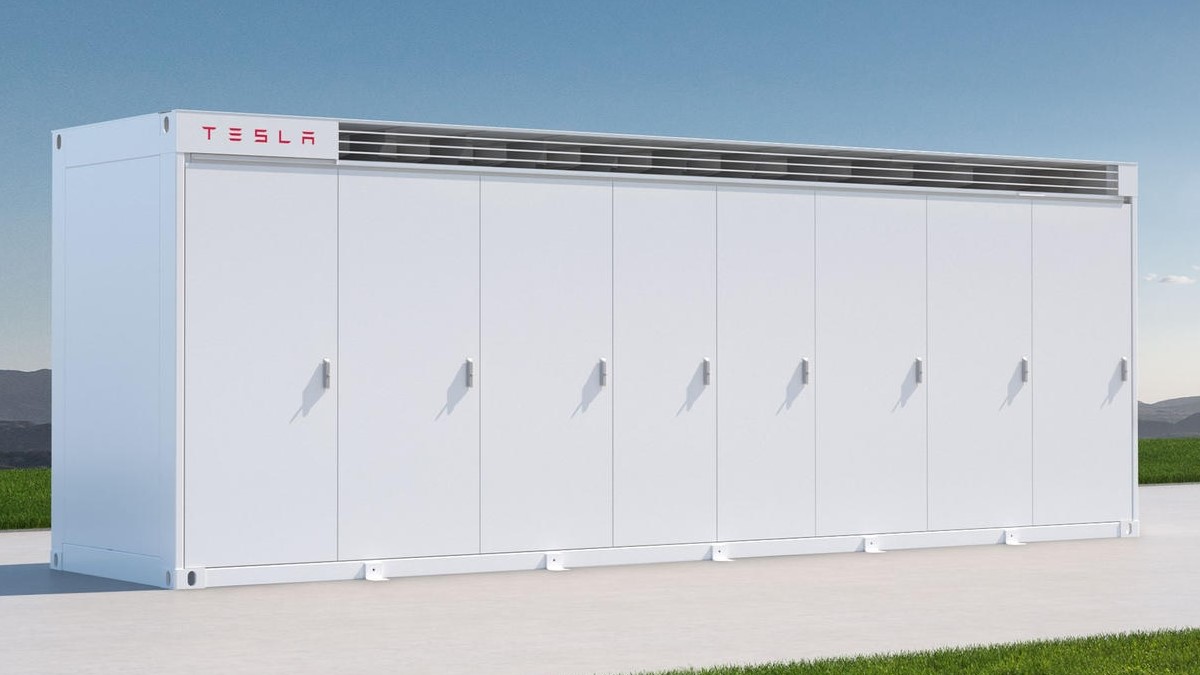 Last month Tesla moved from Beta testing its Virtual Power Plant to a full deployment on the Pacific Gas and Electric Company (PG&E) grid. All Power Wall owners were invited to sign up and earn compensation for helping to end brown outs and blackouts. Also in June PG&E opened its massive Grid Scale battery in Moss Landing featuring a huge array of Tesla’s Megapack batteries.

Tesla is aiming to solve the thorniest problem of the renewables revolution, the problem of intermittency, with its Megapack and Virtual Power Plant products. Their slow and steady roll out is having a disproportionate impact in jurisdictions that have adopted it. With just a tiny percentage of a grid’s capacity supplied by consumer’s Powerwalls batteries (through the Virtual Power Plant product) and Megapack batteries the brown outs, black outs and surges associated with Green energy are being relegated to history.

When Donald Trump derided the adoption of wind for its intermittent nature he had a point. Jurisdictions that had done the most to encourage the adoption of renewables, like California and South Australia, were facing ever growing load balancing issues as larger percentages of their power generation baseload went green.

In 2016 South Australia suffered a state-wide blackout followed by intentional black-outs during a subsequent heatwave. The Prime Minister Malcolm Turnbull criticised state governments for ‘unrealistic’ emissions targets over energy security. According the Australian Newspaper the state opposition party “blamed overzealous rush into wind power that it said was driving base-load electricity providers out of the market, pointing to the closure this year of the coal-fired Port Augusta power stations.”

South Australia’s woes came to an abrupt end when Elon Musk made an extraordinary offer to install a 100MW battery within 100 days via Twitter.

Tesla will get the system installed and working 100 days from contract signature or it is free. That serious enough for you?

His wager accepted Musk’s Tesla completed the installation of the Hornsdale power reserve within 63 days in November 2017 using its Powerpack product. Some units of the plant were operational by 29 September 2017. The original installation was 100MW/129MWh and was shown to have saved the consumers of South Australia over $40 million in the first year alone.  Following this success, a 50MW/64.5MWh expansion was completed in September 2020 using Tesla’s new Megapack utility battery.

As more wind and solar power replace fossil fuel generation, less inertia provided by coal fired station is available on the grid, this removes a significant buffer in the case of a grid disturbance. Tesla’s Virtual Machine Mode uses Megapack’s built-in inverters to emulate the lost inertia. As part of its expansion the Hornsdale power reserve was upgraded to include Virtual Machine Mode. This provides up to 3,000 megawatt-seconds of inertia, roughly half of the state’s entire inertia needs.

Millions of Californians have lost power in recent days amid a brutal heat wave, and state regulators warn of more outages in the days and perhaps years to come. Welcome to California’s green new normal, a harbinger of a fossil-free world…. this happens when you rush to shut down power plants to meet government diktats and reduce the amount of reliable baseload power. Unlike fossil fuel plants, solar and wind can’t ramp up quickly when other power generators go down. Solar power also plunges in the evening, and the state didn’t have enough backup power to compensate to meet high demand.”

At the time Tesla had already begun its deployment of grid scale batteries in California installing a 80 MWh /20MW energy storage station using Powerpack at the Mira Loma substation in December 2016. This installation was designed to store off peak energy to service peak load, something previously accomplished with expensive carbon emitting gas fired generators.

In June 2021 a 142 Megapack project went live in California’s Ventura County (pictured below).

“Saying no to a gas peaker plant and yes to battery-stored energy has provided our community with a non-polluting power plant, increased our tax base, and created good jobs and ultimately better health for the people. 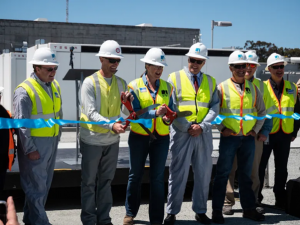 “So the 182.5 megawatts that Elkhorn provides can power 250,000 homes, typical utility installations have been in the 10, maybe 50 megawatts range. So 182 is an extraordinary project.”

“It’s a win-win-win, It’s more affordable energy, it’s cleaner energy, and it helps the state in meeting the needs of the grid, you know, especially in periods like the summertime peak demand when there’s potential shortages of energy.”

The Elkhorn Battery has the capacity to store and dispatch as much as 730 megawatt hours of energy to the California power grid for up to four hours during periods of high demand. The Elkhorn Battery system participates in the California Independent System Operator wholesale electric markets, which manages demand for about 80% of California. This will go a substantial way towards managing peak demand in that network. 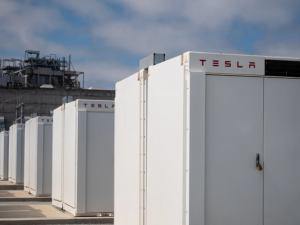 According to the Tesla Website there is over 5 GWh of Megapack now deployed. We hear so much about Freemont, Berlin and Shanghai Giga factories but the quiet achiever is Giga Nevada asit churns out Megapacks. This tweet shows photos of Megapack output at GiogaNevada last week.

GigaNevada not only makes the M3/MY 2170 packs, but also Powerwalls and Megapacks. Lots of Megapacks revenue preparing for shipments.
Today's photo.@SawyerMerritt pic.twitter.com/KpKMOA1i8u

“These technologies will become the backbone of a modern energy system that will step in and keep the lights on when demand for electricity is high, as well as allow solar energy to be used – even when the sun isn’t shining”.

Edify said the construction would be completed during the first half of 2023. However Grid Scale batteries are just part of the hardware solution Tesla is deploying to crack the intermittence problem with renewables. The other key component is the Tesla Virtual Power Plant. This involves networking users of Tesla’s Powerpack home storage solution with the local utility grid and using their combined storage capacity (and in most cases solar generation capacity) to manage peak demand.

Under the Massachusetts & Rhode Island program called Connected Solutions the highest-earning Powerwall system are those paired with enough solar generation to completely recharge every day without drawing front the grid. These systems are called upon to contribute during times of peak load and users can earn as much as $1,000 a year. Powerwall systems not paired with solar generation do not export power to the grid but rather earn their compensation by serving their own home load without drawing from the grid during events. These Powerwalls can earn as much as $290 a year. The program draws power between June to September. Tesla commands the battery to discharge during the peak load event. The user can opt out temporarily or set reserve power to be conserved via the Tesla app.

With the support of the Government of South Australia, Tesla and electricity retailer Energy Locals, are developing South Australia’s Virtual Power Plant (SA VPP). Unveiled in 2018, SA VPP was designed in phases to demonstrate the viability of a virtual power plant to reduce the energy costs for the households participating in the project, and support the energy grid during peak demand.

The trial phase involved 1,100 public housing properties being fitted with solar and Tesla Powerwall home battery systems. Installations under the trial phases were completed in 2019.

SA VPP customers have a solar and Tesla Powerwall home battery system installed and maintained at their home, at no cost. In return, they enjoy an exclusive price for electricity that is currently the lowest residential electricity rate in South Australia (21 per cent lower than the regulated Default Market Offer).

In October 2019, Tesla launched its Tesla Energy Plan, an electricity retail offer for private households that wished to enrol their Tesla Powerwall battery in SA VPP. This has since been extended to Victoria.

The main compensation provided to private subscribers are stated on the Tesla Website as being:

The South Australian government credits the VPP stabilizing the grid during the following significant events: 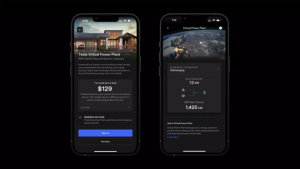 Tesla Virtual Power Plant (VPP) with PG&E and your Powerwall will be dispatched when the grid needs emergency support. Through the Emergency Load Reduction Program (ELRP) pilot, you will receive $2 for every additional kWh your Powerwall delivers during an event.

When an event is scheduled or active, Powerwall gives you the option to opt-out of the event through the Tesla app.

You have a VPP participation toggle in the ‘Settings’ menu of the Tesla app. If you turn this off, your Powerwall system will not react to events when they are scheduled, and you will not be notified of the events. You are still enrolled in the program, however, and can resume your participation at any time by toggling your participation back on.

The page then lists the following benefits: 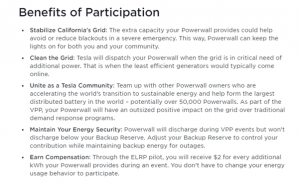 The $2 per kWh takes the benefit to the Power Wall owner to another level. It translates to compensation between $10 and $100 per event. If events are occurring on a daily basis for six months of the year it will significantly, and without government rebates, incentivise further adoption of Tesla Solar and Power Pack.