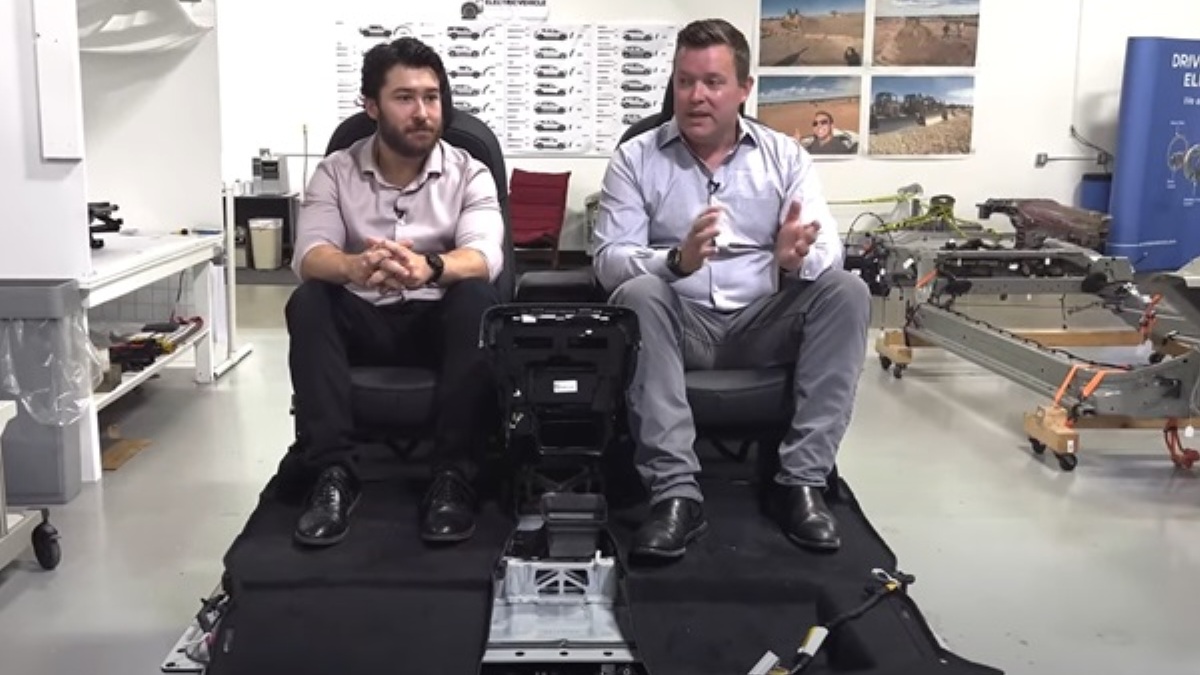 Today on Munro Live Julian Aytes and Cory Steuben began the tear down of a Model Y with 4680 Structural Battery Pack and Giga Castings built at Giga Texas.  Click here for the full episode.

The episode began with the drop out of the battery pack, The first surprise was that the seats were directly mounted on the battery pack and presumably installed together.

In line with the promises at the 2020 Battery Day the weight of the battery pack was astounding. The Munro hosts weighed the pack, with the seats, at 1198 pounds, they noted that a Rivian Battery weighs twice as much!

The battery pack has some kind of urethane seal, held in place only by pressure, like a car door. The Munro technicians noticed that the witness marks on the seal were uneven, with some areas at the back the seal was broken, while in the section where the seal traversed between the pack and the rear Giga Casting there appeared to be no witness mark at all. This creates  some concern relating to leaks or at a minimum as to the uneven tolerances or bolt tightening or both.

What was not discussed was how the car is held together on the hoist absent the battery. It did seem as though there remains some sort of chassis around the outside of the car that is strong enough in the absence of the structural battery pack to hold the car together on a regular hoist.

The next episode will cover the tera down of the battery itself.