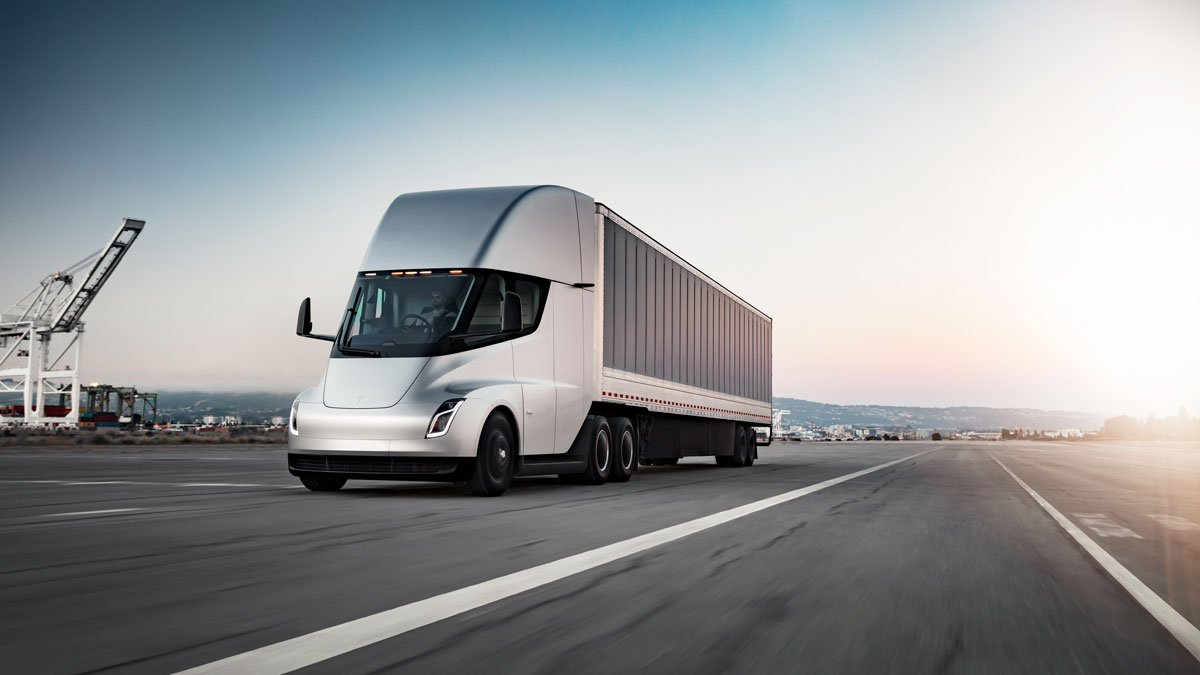 The Tesla Semi was unveiled to much fanfare in November 2017 and slated for production in 2019. Since then it has been the company’s most delayed project. Nevertheless interest has been strong with DHL, FedEx, Pepsi, UPS, Walmart all having placed orders and overall sales now exceeding 800 units.

At Tesla’s Earnings Call for Q4 on 20 April 2022 Elon Musk revealed that “Cybertruck, Semi, Roadster and Optimus” will not begin production until 2023. “So, we will not be introducing new vehicle models this year,” he said “It would not make any sense because we’ll still be parts constrained.”

Supply chain issues, especially in semiconductors have plagued the automotive industry. Tesla has defied the currents by being able to pivot, deleting features that required chips (like Lumber Support in the Model Y), and reprogramming them to use available chips. While it has not been immune, its production volumes have continued to grow quarter over quarter until the Covid  lockdowns hit the Shanghai gigafactory in early 2022.

All indications are that the main constraint has been batteries, and in particular the 4680 battery. In the Q4 2022 earnings January 2022 call Elon Musk stated:

“If we were to make the Semi like right now, which we could easily go into production with the Semi, but we would not have enough cells. We would have to supply cells ourselves for Semi when we are producing the 4680 in volume. But for example, Semi would use typically 5 times the number of cells that a car would use, but it would not sell for 5 times what a car would sell for. So it would not make sense for us to do the Semi right now, but it will absolutely make sense for us to do it as soon as we can address the cell production constraint.”

The profitability quandary may see the Tesla Semi pushed even further down the road. Right now the Model Y is selling like hotcakes. Backlogs of more than 12 months delay are being experienced in several markets. The Tesla mission is to grow volume and accelerate the world’s transition to sustainable energy, nowhere is this more important than at the Texas Giga factory.

Currently a gigantic money furnace the Texas Giga factory is a breakout plant for Tesla and the Model Y being produced there is the breakout product. With its structural battery pack, Giga-cast front and rear and 4680 cells, the Texas Giga Model Y holds the promise of a massive spike in profitability and velocity. Meanwhile the Semi (and Cybertruck) are not in production. Thus introducing the Semi means introducing competition for the 4680 and slowing down the Model Y.

Lots of companies offer products with differing levels of profitability but few find themselves in the quandary Tesla has. It can get better bang for its 4680 producing more Model Y’s than Semis and likely the same will hold true of the Cybertruck – also slated to use the 4680 and be produced in Texas. At the Financial Times Future of the Car 2022 conference Elon Musk said “We have more orders of the first Cybertrucks than we could possibly fulfil for three years after the start of production.”

If we assume that Cybertrucks too yield more profit than Tesla Semis then it follows that it will seriously sting to bring Semi online in 2023. Nevertheless indications are that Tesla is moving forward toward that goal and the likely explanation is the desire to be first to market with this long term key product.

While there are other companies developing electric semi-trailer haulers including  Daimler, Kenworth, Toyota and Volvo Tesla has historically shown scant regard for the competition (other than mocking ICE vehicles). It is more likely the motivation that will cause Tesla to ignore profit and bring Semi to production in 2023 will be its mission statement of accelerating the world’s transition to sustainable energy. IE what will motivate it is not to beat the competition, but rather to spur the competition.

At the original unveiling event Tesla promised a semi-specific charger dubbed the Megacharger for deployment at its customers depots and in a network along major routes, similar to the Supercharger network for passenger cars. It seems clear that in order for any trucks sold to be of use this network will need to be at least partly in place by the time volume production begins.

Four Megachargers have been installed at Frito-Lay’s depot in Modesto, California (a subsidiary of Tesla Semi customer Pepsi). Pepsi has ordered 100 Tesla Semis and a mysterious “Ricardo” snapped these photos of the facility being tested.

A large Tesla Megapack battery storage system to feed the chargers has also been installed as depicted in this picture also taken by Ricardo: 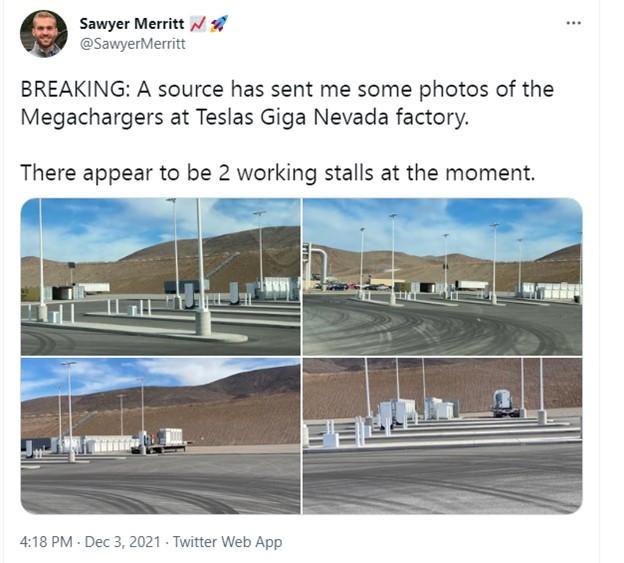 Patents for the Megacharger were filed in 2019 describing liquid-cooled charging connectors that would be able to tolerate higher flows. The patent states: 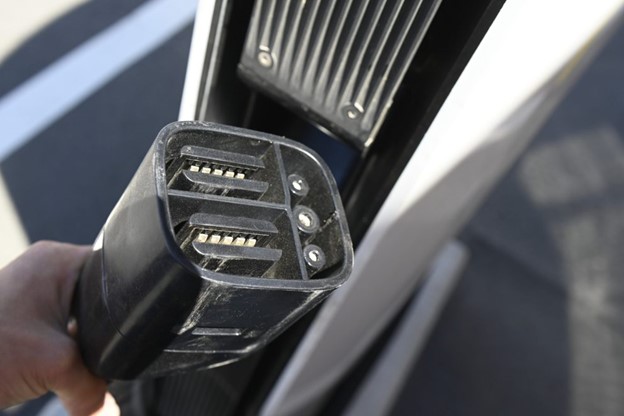 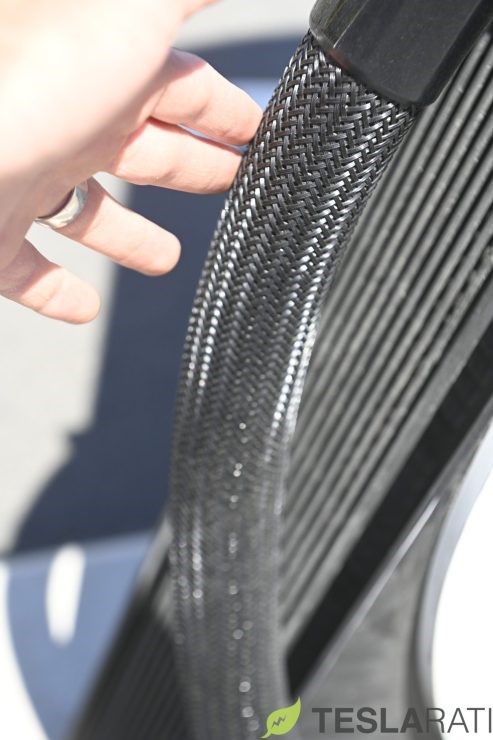 Despite harvesting bulk orders from large international companies smaller customers have been unable to order the Semi through the Tesla website and prices had not been officially released. This all changed in May 2022 when the semi became available for orders online with the following specifications. 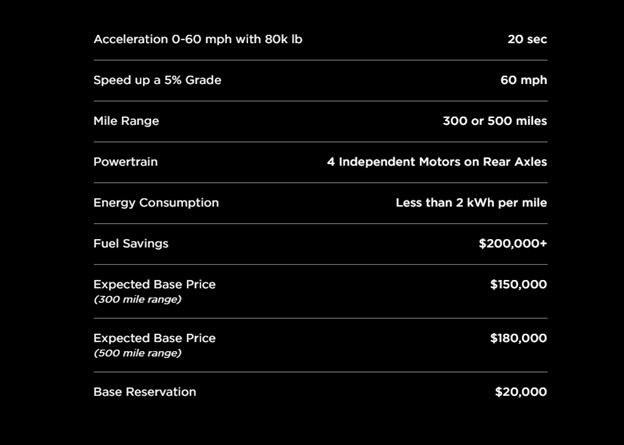